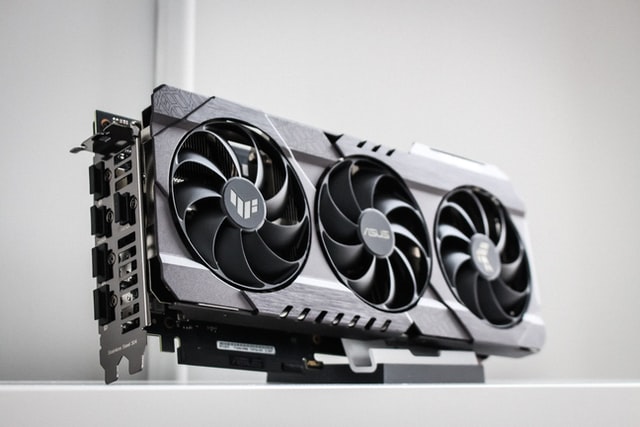 Graphics cards are an integral component of a PC or laptop. A PC or laptop without a graphic card barely fulfills even the most basic requirements in this day and age. For this reason, there is always a high demand for graphic cards all around the world. But, recently, the production of graphic cards took a big hit, along with a sharp spike in order, which led to a global shortage of graphic cards.

Let us discuss the lack of GPUs, scraping, and its role in alleviating the deficit and additional assistance in buying and reselling GPUs.

Here are a few factors that not only decreased the overall production of graphic cards but also increased the global demand and, consequently, led to the current graphic card situation:

If you have some basic knowledge regarding integrated circuits and computers, you might know that silicon holds immense importance in making electronics. The same is the case with graphic cards. Like humans need air to breathe and stay alive, graphic cards need silicon to function properly.

But, the graphic card industry is not the only one that needs silicon this badly. Any integrated circuit needs silicon. So, from mobiles to cars, almost everything uses silicon nowadays. But unfortunately, there has been a global shortage of silicon for this purpose since late 2019.

You might have noticed that people have to wait 6 months or even a year to get a car after registration. This is because the increased production of cars, mobile phones, PCs, laptops, LEDs, and graphics cards depleted the stash of silicon worldwide. So, suddenly, there was not enough silicon to meet the demands of any of these industries. For this reason, since 2020, the main graphic card production companies, especially in South Korea and Taiwan, have taken a big hit and are not meeting the day-by-day increasing demand.

Hence, the silicon shortage has led to a drought of graphic cards.

Due to the shortage of silicon, there were not enough graphic cards to meet people's demands. So, every now and then, AMD and NVIDIA would release a few graphic cards that, as expected, would get sold out within hours.

After a while, some people realized that they could exploit this shortage to their advantage and make money off of it. So they created algorithms and programs, called bots, that would buy graphic cards from online retailers and websites in bulk at the normal price. Then, after all the graphic cards would get sold, these scalpers would sell the graphic cards they had stored in bulk to people at a higher price.

With time, people saw this as an investment opportunity to buy a 500 dollar graphic card from Newegg or Amazon and sell it to desperate people for even 1500 dollars. Hence, people who had no interest in graphic cards or PCs whatsoever started creating bots to buy them in bulk and sell them at a profitable price. Since there was an already low production, this increased demand from scalpers has worsened the situation.

So, the second factor contributing to the current shortage and inflation of graphic cards is bots and scalping.

Few people knew about cryptocurrency, coin trading, and mining a few years back. But, when people started to realize the potential in this industry, they became crazy about it.

Crypto mining is a concept in which someone verifies and adds a new transaction to the blockchain, and for that, he is rewarded with some of the currency. To get a substantial return on investment or ROI, you have to keep your computer on and running for days. To keep up with this high level of computing, miners need up-to-the-mark graphic cards. Otherwise, their setup would deteriorate and not function properly.

As if there was not enough competition in the market for graphic cards already, a whole industry exploded with the demand for top-tier graphic cards. People set up extensive mining farms in which they utilized hundreds of graphic cards to make dough.

Ever since the onset of covid, each and every one of our lives has taken a significant turn. Well, the pandemic has also affected the graphic card industry pretty significantly.

Firstly, COVID put a severe dent in the production of graphic cards. Most of the production was being carried out in factories and facilities in South Korea and Taiwan. With the closure of these factories and facilities, AMD and NVIDIA were not able to meet the customer demands. Moreover, the logistics and transport of these graphic cards to other countries were also disturbed since flights and shipments were put to a halt.

Secondly, there was also an increased demand for graphic cards during the pandemic. If you have an account on Steam, there is a chart from which you can monitor and note the number of hours that a game is being played worldwide. When this data was compared to that of 2018 and 2019, the peak seen during the pandemic was nowhere near those of previous years. Moreover, people shifted to working from their homes or started other jobs such as freelancing, graphic designing, video editing, and creating animations.

Hence, covid not only decreased the production and supply of graphic cards but also increased customer demand.

All these factors led to a global shortage of graphic cards and GPUs. NVIDIA and AMD even tried some maneuvers to do something about this issue, but nothing bore fruit. As long as the root cause is not dealt with and something is not done about the silicon shortage, we will continue to suffer from this problem.

You might wonder where web scraping integrates into this graphic card shortage predicament. Or, some readers might even be thinking about what web scraping is.

What Is Web Scraping​

Well, simply put, web scraping is a simple way of data collection by importing a piece of information from any website into a locally saved spreadsheet or another file. You can also channel that data to another website using web scraping.

Using this technique, one can use web scraping to get research or business intelligence, find sale leads, send important data to an online vendor, or get a price comparison from travel sites.

But, web scraping can also help you get your hands on a graphic card, compare the prices from all the retailers, and even resell it. Let us discuss how:

Data scraping is mostly about getting data from a website. But, using the right tools, you can also get dynamic data and queries.

It is next to impossible to sit in front of your computer screen and keep refreshing the web pages of major retailers to check whether they have restocked graphic cards or not. Instead, you can either make a program yourself if you have sound programming knowledge or use existing software such as HotStock.io. You can set the program to notify you whenever the graphic cards get restocked so that you can head up to the website and buy a graphic card before it gets sold out.

Before you set your eyes on a specific graphics card, you can even use data scraping to make an educated choice. Data scraping, as hinted earlier, not only copies data from a single website but can also gather unstructured, scattered details of a product such as prices, reviews, descriptions, and features from all the web pages of retailers that sell that product into one place or file and make it structured. You might get different prices for the same GPU from different vendors.

So, data scraping can help you pick the best product at the most economical price.

With the help of web scraping, reselling a graphic card is no longer a serious concern. However, online retailers often worry about reselling their products. Still, with cutting-edge data scraping technology, you will know all the relevant past and present market data to predict the future trend and shape it according to your personal needs and desires.

A few years ago, buying and reselling graphic cards was not that much of a nuisance. But, due to certain factors such as basic raw material shortage, covid, and crypto mining, we are observing a global shortage of graphic cards. Now, with the introduction of data scraping into the equation, you do not have to worry about comparing prices, buying, and reselling GPUs.