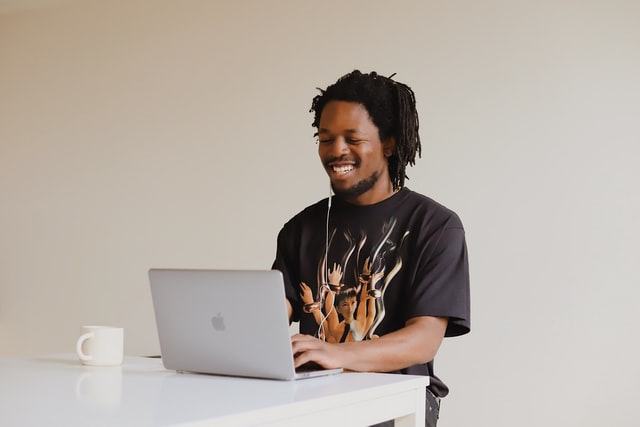 Data has become the new oil. This statement is used by many all over the web, highlighting the importance of data and how much it is used everywhere to make better decisions in businesses, marketing, and what is not. And the best way to gain access to such data is web scraping.

What is Web Scraping?​

In simple words, web scraping can be defined as literally scraping off data from public web servers and using them for one’s own benefit. Bots are utilized in this process, and to ensure that bots do not get blocked from websites, web scraping APIs use proxies and other tools. The data can be of anything that is required and may be used to benefit one’s own interests.

The first question that arises is who are freelancers? And what have they got to do with web scraping?

To begin with, freelancers are skilled individuals who are not bound to any company or corporation. They are employed to accomplish certain tasks, and when they have delivered the agreed-upon work, they are paid for their services. Such individuals are not bound to a specific workplace or working hours, for that matter. As a result, freelancing has increased in popularity, especially among students who want to earn part-time without affecting their studies.

Still don't get the relationship between Web Scraping with Freelancers?​

Yes, we haven't got to that part yet. Freelancing comes in so many different forms. There are a great number of fields and such a great number of people who are really skilled in different areas. Data scientists, computer software engineers, content writers, and the list goes on. One such special field in freelancing is Web Scraping. And this field is getting a major attraction among freelancers because if you meet your clients' specific requirements, in this case, companies, you are likely to get paid handsomely.

What do companies get out of it?​

Data, as mentioned above, is in high demand. When you get hold of valuable data that is related to your company and its marketplace, you can use it to make smarter and better decisions. Which ultimately translates to growth and development.

For instance, consider human resources. This is a department that, if working efficiently, translates to a healthy and conducive environment, where a lot of work will get done, and the employees stay happy and loyal to their employers. In this department, data can help at each and every step, from hiring to promotion to offboarding. You can get an idea of your rival companies hiring excellent workers. How much are they paying them, and what packages are offered to attract the best of the best. Moreover, data related to studies of different workplaces' HR policies can benefit you in shaping your own HR policies.

So, how do Freelancers perform Web Scraping?​

This is literally the translation of digging a ground, hoping to look for something valuable. If done manually, it is an extremely arduous task, consuming both time and resources. Instead, freelancers are looking to automate this process using bots. These bots may not be able to go through the cookie walls and captcha walls which separate organic traffic from bots.

To solve this issue, Web Scraping APIs like ScrapingAnt have gained popularity. These employ the use of proxies and web crawlers to gain access to required data and prevent you from getting blocked from public websites. This data is then parsed using various tools and brought to readable and usable forms. It then can be used to shape marketing strategies and campaigning.

Another venture for Freelancers​

While web scraping for clients is an option for freelancers, they can also utilize this amazing tool for their own benefit. Using web scraping on platforms like Fiverr and LinkedIn can be of great help. The data gained through these platforms can help freelancers understand the market, what jobs are being looked for the most, and how much fellow freelancers are earning from them.

This can help them get new leads and clients and ensure they don't miss out on the best-paying jobs.

Why is Web Scraping getting famous among freelancers?​

As a freelancer, web scraping is rewarding and fulfilling work. If a person has a few frequent clients that require data on a monthly basis, this means a good amount of passive income. The reason for this is that the web crawler will automatically search the web per the defined search criteria of your client, allowing you to focus on other activities.

Some companies may already have a pre-coded web crawler at their disposal, and they just need a freelancer to deploy it and keep it running in the background. Web crawlers are another potential for prospective freelancers because they are fairly basic work that can create a significant amount of passive revenue as they seldom need maintenance and run in the background.

Which is the Best Web Scraping API for Freelancers?​

While so many options are available on the market, ScrapingAnt takes the lead. And why should it not? It has everything that a web scraping API has and more!

ScrapingAnt has an uptime of 99.99%, meaning that its web scraping API will not be down almost all the time. A base of the API is a great custom cloud browser solution that has ensured high anti-scraping avoidance rates.

ScrapingAnt has surely made its name in the market, handling unlimited parallel requests. It has more than 3 million proxy servers across the globe. And even then, they are offering free personal use. But on larger scales as that required by freelancers and companies, they have different options.

While ScrapingAnt is an amazing tool for Web Scraping, there are a few other names in the market that can be viewed as their rivals. Among these, Octoparse, ScrapingBee, ScrapingBot, Scraper API, and Parse Hub are some names that make a list. All of these are really great in their own way, with each one having a benefit on the other in some manner. However, whichever scraping API you may decide in the end, it's the final utilization of this data that you have obtained that determines success or failure.

While most companies will call up skilled freelancers to scrape data for them, most of this is usually on a small scale. After scraping data for a number of companies from a number of sites, your skill eventually does get better, and you can eventually move to data analysis on a greater scale. And modern corporate giants are hungry for every last bit of insight to literally perfect their services and operations.

To sum up, everything that has been stated so far, freelancers provide web scraping services because it is advantageous and has excellent prospects in the future. Using web scraping APIs like ScrapingAnt, freelancers provide data to different corporations and businesses. Whether it is a real estate business or someone just selling products online, data can help you determine how and where you should market your product.

Does ScrapingAnt have a trial period?​

ScrapingAnt offers a free package, where you get 10.000 API credits for free every month. They can be used to run your requests. And until you require more than these API credits each month, you do not need to enter your credit card info and buy more.

No, web crawling or scraping is not illegal because you could also scrape your own website looking for useful data. Its what is done with the data obtained that determines the legality of this tool.

Yes, it is really easy if you know what tools to use and the fact that it does not require any sort of extra programming or coding.