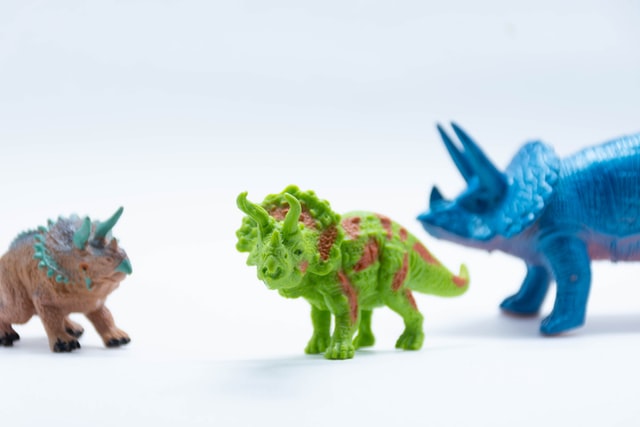 Dynamic languages are helpful tools for web scraping. Scripting allows users to rapidly tie together complex systems or libraries and express ideas without dealing with memory management or build systems.

JavaScript is the most popularly used dynamic language, operating on every device with a web browser, and Node.js as a JS runtime proved to be a very successful software platform. Due to design mistakes, it became hard to evolve with an existing user base, so Deno was born to resolve all the problems. Let's find out how to scrape the web and dynamic websites with Deno.

Deno is a simple, modern and secure runtime runtime for executing JavaScript and TypeScript outside of the web browser.

The basic idea of Deno is to provide a standalone tool for quickly scripting complex functionality. Also, it's not just a NodeJS fork - it's a wholly re-implemented runtime. It ships with a single executable file and already knows how to fetch external code.

Deno brings to life several concepts that are missing in NodeJS:

And that's just the beginning!

To implement a primary HTTP server, you'll have to write four code lines:

How cool is that! We can observe inspiration from Go and Rust. And what about the performance?

We inspected such numbers at the Deno project release, so in the nearest future, the performance of Deno will be much higher.

Everything looks impressive so far, so let's get started web scraping with Deno.

A basic web scraping technique is an HTML content extraction from the provided URL. It allows getting the web page information for further parsing, saving, or postprocessing.

To obtain information from the web server, we have to make an HTTP call to the target server and receive the response with the needed HTML content of the web page.

Deno supports lots of native javascript APIs, and Fetch API is one of them. It is making request handling easy and dependency-free.

We'll start with creating a file scraper.ts to use the full power of global async/await. The content would be a following:

As Deno is secured by default, we have to run this application with a special internet access flag --allow-net:

As expected, result is a following:

<!doctype html>
<html>
<head>
<title>Example Domain</title>
<meta charset="utf-8" />
<meta http-equiv="Content-type" content="text/html; charset=utf-8" />
<meta name="viewport" content="width=device-width, initial-scale=1" />
<style type="text/css">
/*CSS was removed by author to save a place*/
</style>
</head>
<body>
<div>
<h1>Example Domain</h1>
<p>This domain is for use in illustrative examples in documents. You may use this
domain in literature without prior coordination or asking for permission.</p>
<p><a href="https://www.iana.org/domains/example">More information...</a></p>
</div>
</body>
</html>

Great! Let's find out how we can extract a piece of specific information from the provided HTML.

We need to provide a retrieved HTML for the parsing (using parseFromString method of the new DOMParser instance) and then select the required HTML node using query selector:

And the result is the following (also expected 🙂):

Awesome! We've learned about Deno-specific library, but what about something more popular and widely spread across the JS web scraping community?

Cheerio: core jQuery for the server#

Cheerio can be used with Deno too!

It parses markup and provides an API for traversing/manipulating the resulting data structure. It uses a similar to jQuery API while jQuery provides the most efficient and straightforward API to parse and manipulate DOM.

Ok, we're good with static websites, but what if some web resource uses Javascript to render dynamic content? How to execute an internal JS code of scraped HTML?

Puppeteer is a library that offers a simple and efficient API and enables you to control Google’s Chrome or Chromium browser. The goal of Puppeteer is to provide an easy way of controlling a headless web browser to be useful in end-to-end testing and web scraping real-world web applications. So it will be helpful for our needs with JavaScript execution abilities.

It can be found as a Github page: https://kami4ka.github.io/dynamic-website-example/

As we can observe, it has a text Web Scraping is hard inside div, but while the HTML rendering text changes to I ❤️ ScrapingAnt by the following JS code inside:

To check it out, just open this page in your browser.

Unfortunately, the previous scraping code example won't help us with a proper scraping of this page, as this Cheerio scraper:

How to fix it? Let's use Puppeteer to open this page in the real headless browser and execute the internal web page's Javascript code:

In this sample, we're launching a browser for a Javascript rendering and then using Cheerio to parse the rendered HTML.

To launch this script, we have to install the Puppeteer's headless Chrome first using the following command:

In order to use Firefox:

And then you'll be able to run the entire web scraper application:

And finally we'll get a result:

We've learned about static and dynamic website scraping and went through several popular web scraping libraries, but what if there is a more simple way to get data from the Javascript-heavy website? What to do if a site blocks your scraping bot or enables a rate-limiting?

Usage of web scraping API is the simplest option and requires only basic programming skills.

To get you API token, please, visit Login page to authorize in ScrapingAnt User panel. It's free.

We have sent an HTTP request to ScrapingAnt API with a url query parameter to specify what URL should be scraped. ScrapingAnt service has opened this page via a browser using one of the 30.000 proxies, rendered JavaScript, and returned the content in response. Then, we've processed it with a Cheerio, and the result is:

Should you use Deno for your hobby project or even at work? I guess you should give it a chance. Just remember that Deno has been under development for just two years, while Node has been under development for over a decade. It may not be such polished as NodeJS, but it may evolve into something even bigger and better with the proper amount of interest.